How To Pull Out Of Depression 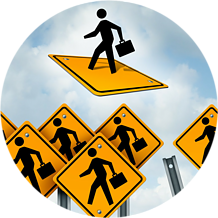 Biology of Depression and How To Pull Out

Depression is a difficult imbalance. While the common theory centers around a chemical imbalance in the brain, perhaps low serotonin or Norepinephrine, new imaging research may show a more complex issue.

I’d like to explore here, the belief about themselves and their circumstances of a depressed individual. When the belief is strong enough to weight someone down in the deep hole of depression, it’s difficult to convince that person that it’s their perception that needs to change, not their circumstances, brain chemistry or anything about themselves.

When that person tries to discover how to pull out of depression, perhaps a more informed choice may help.

Let’s look at some recent research regarding the hippocampus. The hippocampus is complex. It is a brain structure that is embedded deep in the temporal lobe. The major role of the hippocampus is in learning and memory. It’s incredibly malleable and also a vulnerable structure. It can be damaged by various kinds of stimulation.

In one particular fMRI study that was published in The Journal of Neuroscience, a group of women who showed a history of depression were tested. The hippocampus average size was up to 13% smaller in women had current symptoms of depression compared with those who showed no symptoms. The deeper the depression, the smaller the hippocampus.

Within the results and conclusions of the study, stress, which is a significant role player in the depressed population, was a major factor. Experts believe stress suppresses the production of new neurons in the hippocampus. This is significant for treatment options as we attempt to discover how to pull out of depression.

The brain’s ability to maintain and develop neuron connections is rooted in the movement and play in young children (Choosy Kids, IMIL 2016). When activity is limited, the neuron connections, or dendrite branches get pruned. This shrinks the hippocampus and depression can set in.

This is no different for adults. Therefore, “Move it or lose it,” is an apt term for all of us!

There are two ways that we create new dendrite branches for our brain’s neuron cells (dendrites are the branch like structures protruding from the neuron. They cluster, and send messages called “firing” which is brain activity). One is repetition, especially in movement, the other is imagination.

Within my method of Qigong, we use repetitive movements, synchronized with the breath, while using imagery, or imagination along with affirmations. This creates neuron production and a feeling of well-being.

With both the repetition and movement, as well as the imagery and affirmations, we can pull ourselves out of depression and create a feeling of well-being!

Then it just comes down to a choice

As I led off this article, Depression is a difficult imbalance. However, the imbalance at least in part comes down to a choice.

The role of the victim is well-played by the archetype of the depressed individual. It’s many times stated, by those diagnosed with depression that it’s genetics, due to inherited brain chemistry issues, or circumstances that didn’t “play fair” to this victim of those circumstances that cause the problems that person faces.

Perhaps it’s someone else to blame, a parent or sibling. I surmise that much of it is a choice to stay in the conditioning that provides a shield to do anything about it.

As long as the victim role holds out, there is no self responsibility to be taken, just take the drugs that are prescribed and maybe talk therapy that focuses on past issues instead of imagining the possibilities if one would just get up and, move, breath and dance to the rhythm of life!

To stay in the cesspool of self-doubt, created by the conditioned mind, then cemented by inactivity. This is where the Hippocampus shrinks, the body withdraws, and the mood darkens. Or, one could get up, imagine something silly, child-like.

Perhaps today you will be a bird. What would that feel like? What if you will could really fly? Soaring in the clouds, you will would’t care about anything, you will’d be aware of new sensations, vistas to explore.

But, “I can’t fly,” you will might say… I’ll tell you will that in your mind you will can!

You can fly in your imagination! Feel the wind lifting you will as your arms raise up. Included at the end of this article is a short QIgong video, with this very exercise. It’s just’s 5 minutes.

What do you will have to lose? No side effects, no cost. Just maybe, if you will make the choice to be a child again for those 5 minutes, and find some joy in your imaginary flight, you will’ll feel better.

Your hippocampus will again grow with neuron activity, making new dendrite clusters, to inform the rest of your mind, body and spirit that you’ll be back, discovering you will true authentic self, as you will realize how to pull out of depression.

I don’t infer that there are any right or wrong choices, there are just choices.

You can choose to stay in the stagnant pool of self-doubt and loneliness, or you will can use movement, breath, imagination and affirmations to pull you will out of depression.

Maybe there is more to learn in that cocoon of inaction. The moth or butterfly have to use a lot of self will and strength to break out of their cocoon prisons of their own making.

However, when they do, they are transformed! There is a time for transformation and a time for just being, sitting in the muck, contemplating the situation, analyzing how you got there.

Then, there’s a time to transform and fly like the butterfly!

I’ll leave you with this video:

Enjoy this life, and here’s To Your Health!